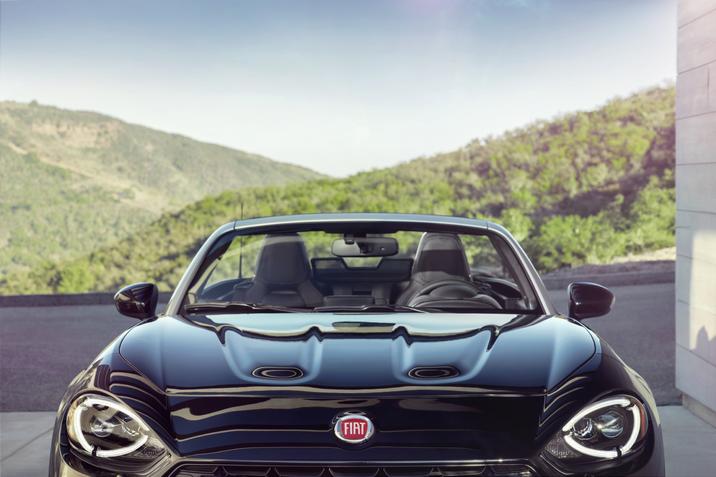 What’s not to like about the 2017 Fiat 124 Spider? This next summer Fiat will be rolling out a roadster that recalls a simpler time when Italian cars were quirky and British roadsters were fun to drive. 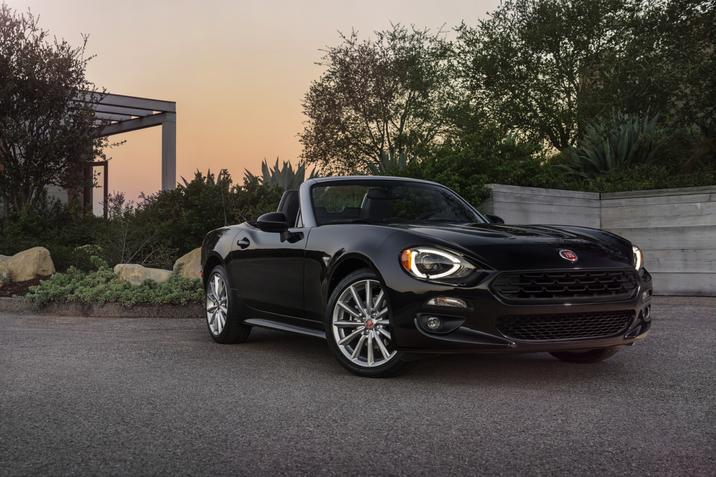 The 2017 Fiat 124 Spider was born from a partnership with Mazda to use the all-new 2016 Mazda MX-5 Miata as the donor for the 2017 Fiat 124 Spider. Similarities are limited to the chassis and interior. The cars share the same double-wishbone front, multi-link rear suspension arrangement, as well as an electric power-steering system. The two also share the Miata’s manual soft-top. The interior of two cars are very similar. We can’t blame Fiat for using the Miata’s well thought out interior design. 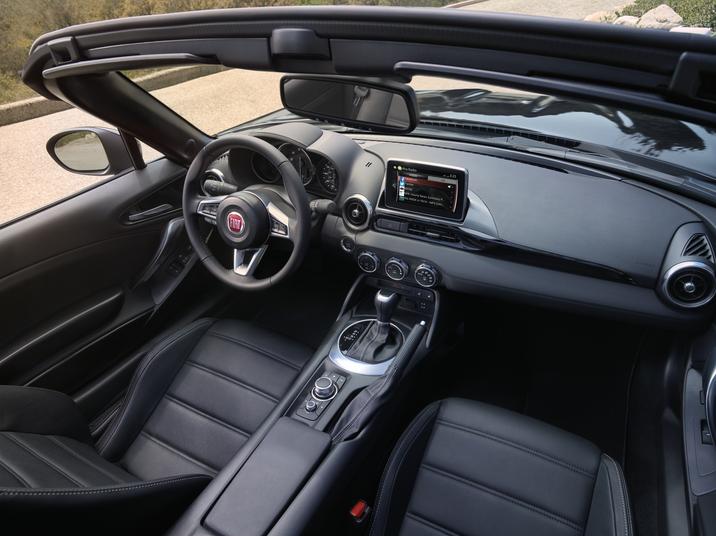 The 2017 Fiat 124 Spider’s powertrain is completely different than the MX-5. Under the 124 Spider’s hood lies a 1.4L turbocharged four-cylinder engine, similar to the one used in the Fiat 500 Abarth. Buyers have the choice between a six-speed manual and a six-speed automatic, but we car nuts wouldn’t dare buy one with a slushbox.

When Fiat introduced the Fiat 124 Spider in 1966 to compete with MG, Triumph, and Austin-Healey, they did it by having Pininfarina design a cool body and selling them for $1,000 less than a base Corvette. You could buy an Italian car with sexy bodywork, without paying Ferrari prices. The original Fiat 124 Spider in 1967 had an MSRP of $3,181. That could explain why about 200,000 of these cars were sold from 1967 to 1982.

The 2017 Spider has a lot going for it. I know it’s a restyled Mazda MX-5 Miata, but I don’t care. It’s not the most beautiful car in the world, or the fastest, or practical. But it’s truly Italian in every way it needs to be; epic styling with a lot of panache. The 2017 Fiat 124 Spider offers that Italian feeling that stirs the soul, at a tenth of the price of a new Ferrari, and the added bonus of having Japanese reliability. The MSRP for the 2017 Fiat 124 Spider has not been released yet, but expect it sell for about $27,000-$28,000.

Buy it in red, park it in your garage, and go light a Cohiba while you admire the bulging fenders, creased hood, Maserati inspired tail lights, and beautiful lines down the side—intimidating a Ferrari California. I admit it—I’m a fan, even before being able to drive it. Bellissimo! 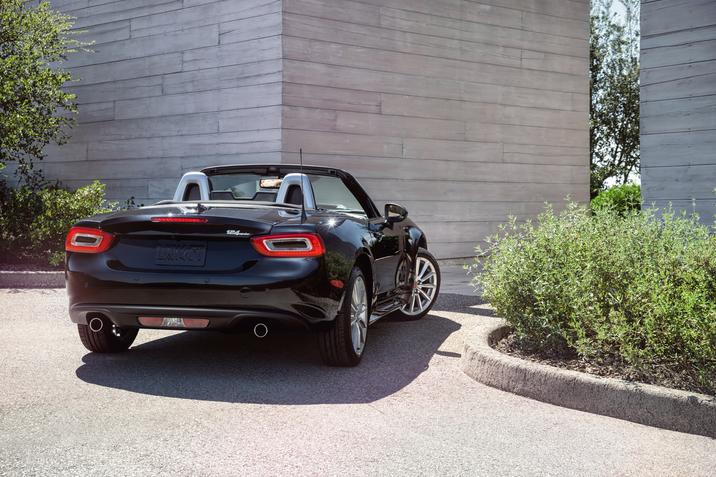 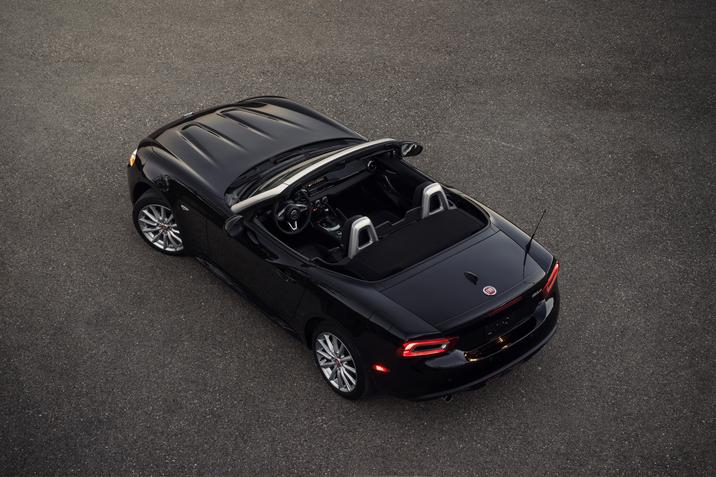 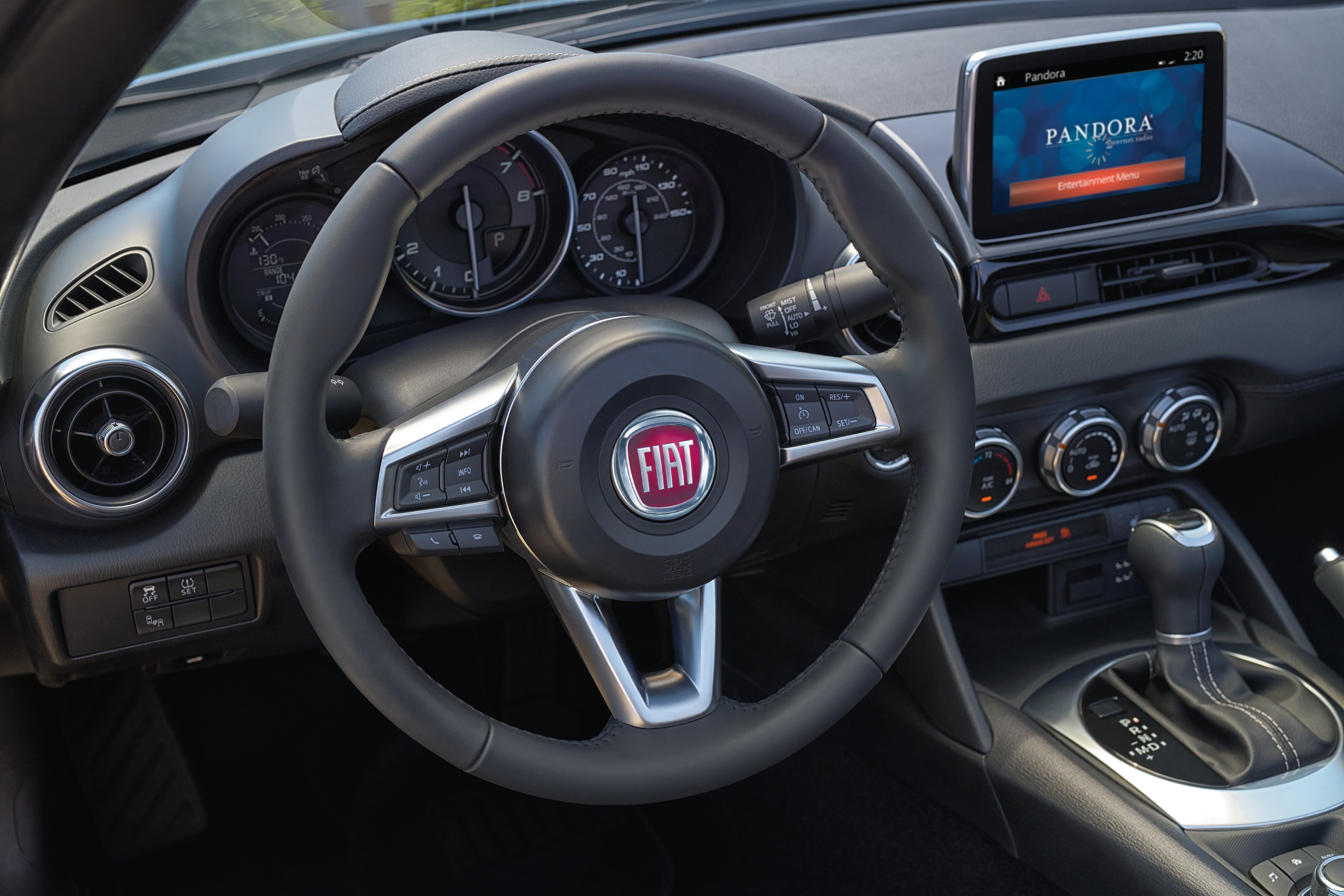