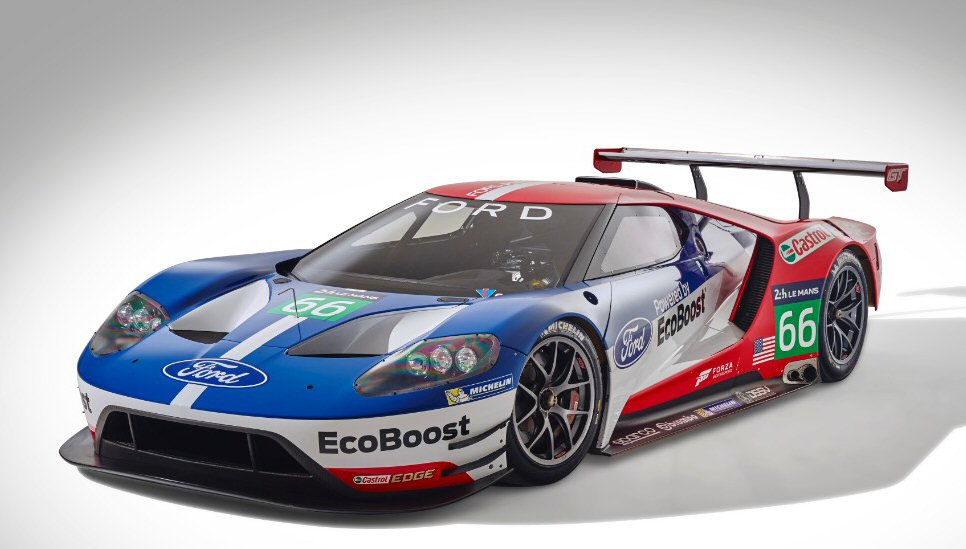 Ford returning to Le Mans in 2016 with all-new Ford GT, marking the 50th anniversary of the original Ford GT40’s victory at Le Mans in 1966. If you’re like me, I’m looking forward to this years race at Le Mans when the all new Ford GT will run in the historic 24 Hours of Le Mans. The original Ford GT40’s in the 1960’s were so dominate that Ferrari withdrew from Le Mans competition as a company.

“When the GT40 competed at Le Mans in the 1960s, Henry Ford II sought to prove Ford could beat endurance racing’s most legendary manufacturers,” said Bill Ford, executive chairman, Ford Motor Company. “We are still extremely proud of having won this iconic race four times in a row, and that same spirit that drove the innovation behind the first Ford GT still drives us today.”

The new Ford GT race car is running the full 2016 schedules of the FIA World Endurance Championship and TUDOR United SportsCar Championship, making its competition debut this month (January 2016) in the Rolex 24 At Daytona, Florida. The two Ford teams will be operated by Chip Ganassi Racing with Felix Sabates (CGRFS). Both series teams intend to compete with a four-car effort at Le Mans. Drivers Ryan Briscoe, Richard Westbrook, Dirk Müller and Joey Hand have been selected for full-time rides in the two Ford GTs that will compete in the full IMSA WeatherTech schedule next year.

Hand and Müller will co-drive the No. 66 Ford GT, while Briscoe and Westbrook take the reins of the No. 67 Ford GT. Fans of Ford lore and sports car racing will immediately take note of the historic significance of the car numbers – the original predecessor of the Ford GT, the Ford GT-40, won the 24 Hours of Le Mans in 1966 and 1967.

The story of Henry Ford II wanted Ford at Le Mans in the early 60’s. In the spring of 1963, Henry Ford II got wind that Enzo Ferrari was interested in selling to Ford Motor Company. Ford reportedly spent several million dollars in an audit of Ferrari factory assets and in legal negotiations, only to have Ferrari cut off talks at a late stage due to disputes about the ability to direct open wheel racing. Ferrari, who wanted to remain the sole operator of his company’s motor sports division, was angered when he was told that he would not be allowed to race at the Indianapolis 500 if the deal went through since Ford fielded Indy cars using the company’s engine, and didn’t want competition from Ferrari. Enzo cut the deal off out of spite and Henry Ford II, enraged, directed his racing division to find a company that could build a Ferrari-beater on the world endurance-racing circuit.

Ford began negotiations with Lotus, Lola, and Cooper to develop a car to compete at Le Mans. Cooper had no experience in GT or prototype and its performances in Formula One were declining. Lotus was already a Ford partner for their Indy 500 project, but Ford executives doubted the ability of Lotus to handle this new project.

The Lola proposal was chosen, since Lola had used a Ford V8 engine in their mid-engined Lola Mk6 (also known as Lola GT). It was one of the most advanced racing cars of the time, and made a noted performance in Le Mans 1963, even though the car did not finish, due to low gearing and slow revving out on the Mulsanne Straight. However, Eric Broadley, Lola Cars’ owner and chief designer, agreed on a short-term personal contribution to the project without involving Lola Cars.

Lola and Ford developed the GT40 to compete in Le Mans and in 1966 went 1, 2, and 3 across the finish line and the rest is history.

It took Ford a couple of years to win Le Mans so we’ll need to be patient with the new Ford GT. But it appears to me that Ford has the right teams and drivers; time will tell if they have the right car. 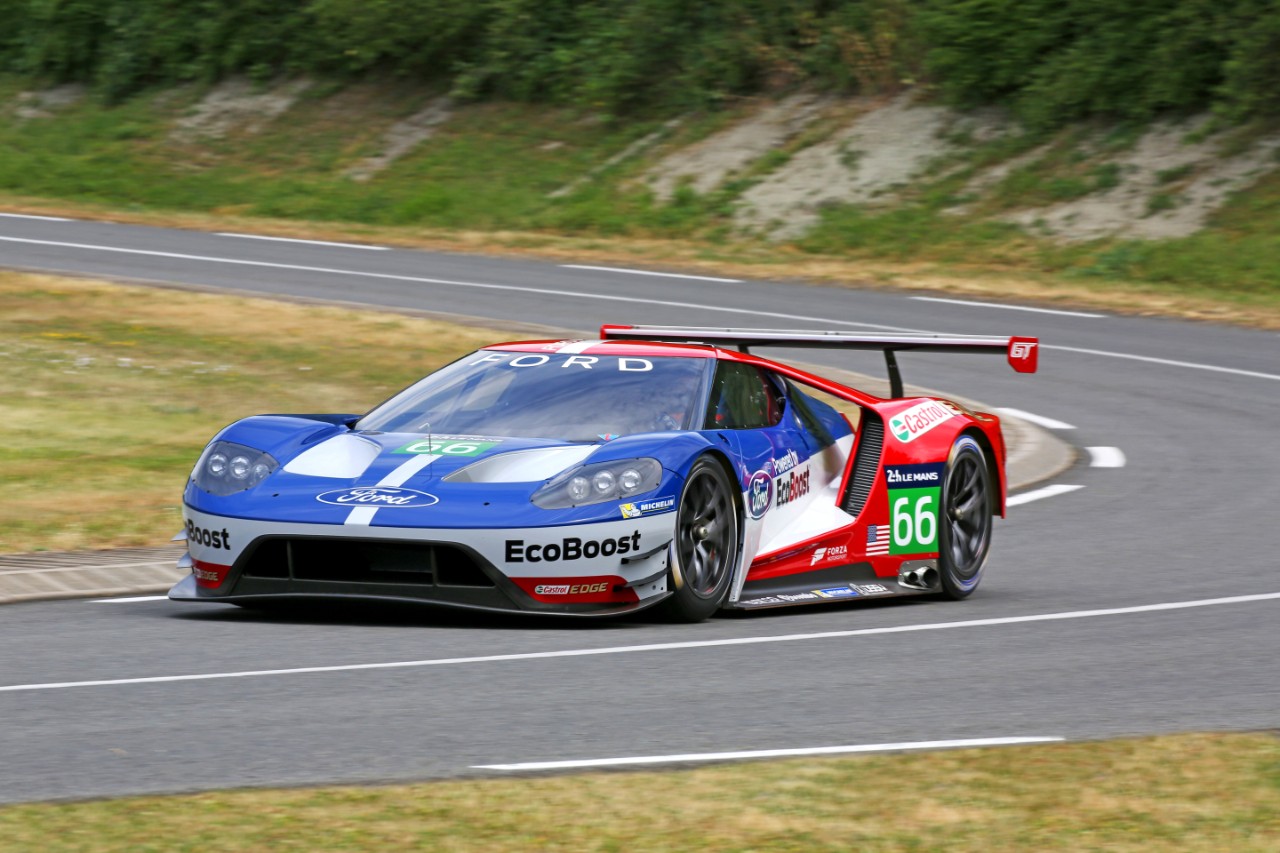 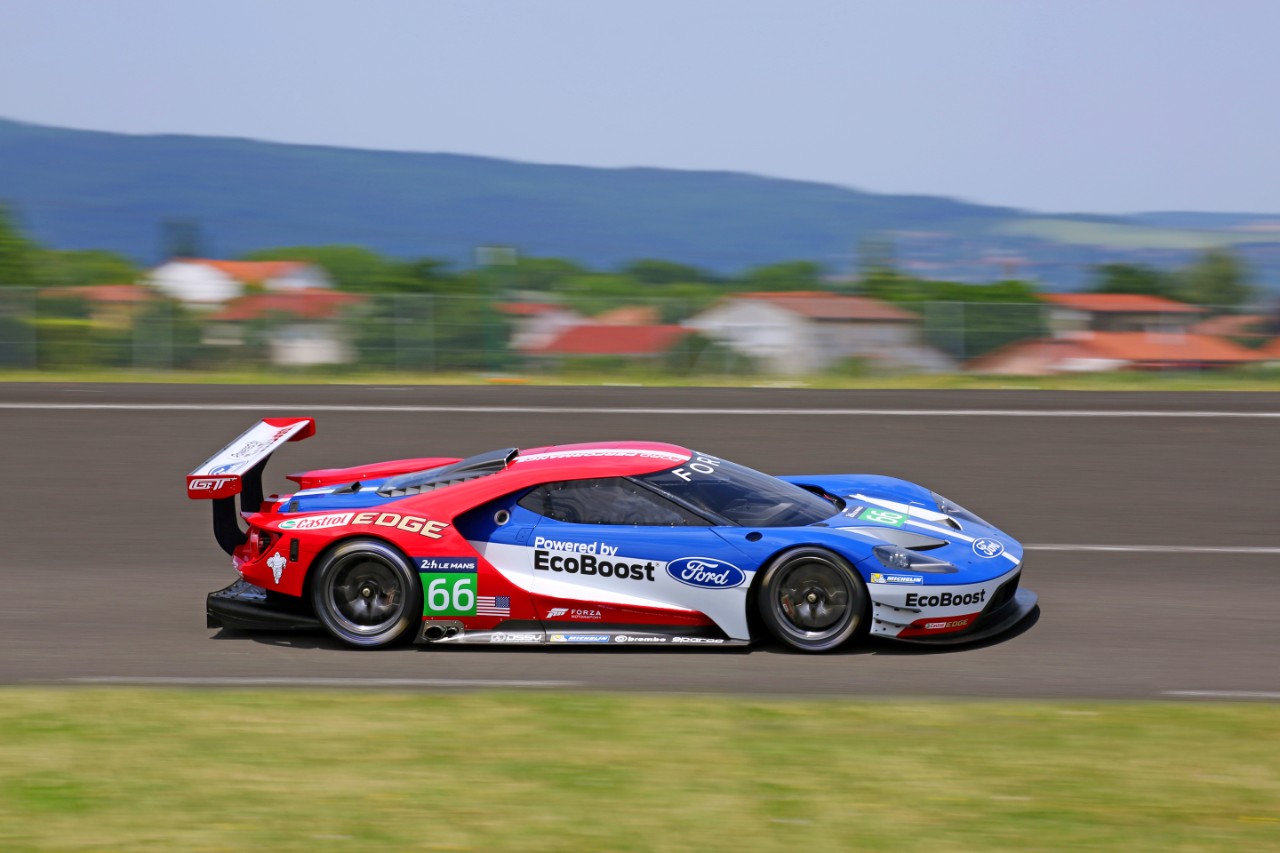 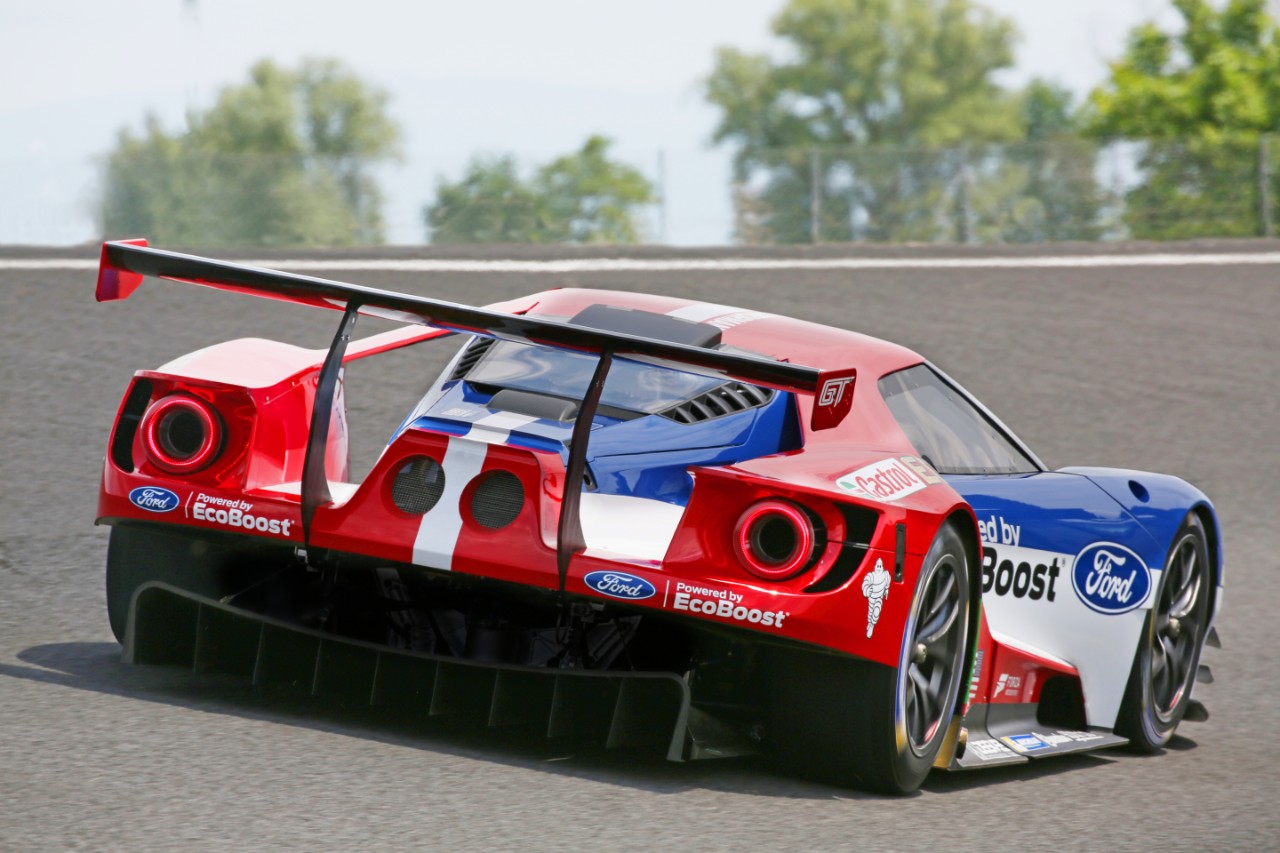